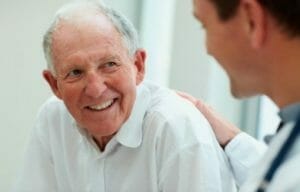 Essential hypertension remains a major modifiable risk factorfor cardiovascular disease despite important advancesin our understanding of its pathophysiology and the availabilityof effective treatment strategies. High blood pressure (BP)increases the risk of CVD for millions of people worldwide, andthere is evidence that the problem is only getting worse. Inthe past decade, age-adjusted rates of stroke incidence haverisen, and the slope of the age-adjusted rate of decline incoronary disease has leveled off. The incidence of end-stagerenal disease and the prevalence of heart failure have alsoincreased. A major contributor to these trends is inadequatecontrol of BP in the hypertensive population.3

Homoeopathy has a lot of potential to help in reducing the proportion of the hypertensive population in the community, and thereby make a contribution in reducing overall cardiovascular mortality levels. The holistic nature of homoeopathy is ideally suited for this, as even the practitioners of allopathic medicine are realizing the fallacy in treating the blood pressure or other risk factors in isolation. The cheaper cost of treatment also makes it a more attractive option at the community level.6

The above study has shown that:

The following study was undertaken to see the effects of Homoeopathic remedies in Essential Hypertension at clinical research unit, at A.M.Shaikh Homoeopathic Medical College and research centre Belgaum. The patients of Secondary Hypertension and the age group above 60years are excluded from the study.

Discussion:
The present study was primarily aimed at determining the effectiveness of the homoeopathic approach in the management of essential hypertension below the age group 50 years. An attempt was also made to find out if possible, remedies which are more useful in treating the condition. To achieve these aims, 60 cases of essential hypertension below the age 50years were subjected to three months of homoeopathic treatment, and the change in blood pressure levels before and after treatment were evaluated.

The study has shown that homoeopathic medicines have a positive effect on the hypertensive status of the patients in the study sample. The efficacy is demonstrated by the results of the statistical analyses (both diastolic and systolic levels), which show that the pretreatment and post treatment levels of blood pressure are indeed, different. Finally, an analysis of the cardiovascular risk profile before and after treatment has also demonstrated a reduction in the percentage of cases in the higher risk groups.

The remedies used in this study were essentially prescribed based on the chronic totality. Due to the relatively small size of the sample, no single remedy could be identified as clearly more efficacious than the others. However, remedies like Nux vomica were found to be more effective in atleast 11 patients (18.33%). Almost 9 patients (15 percent) of the patients fell into the category of Calcarea carb and 08 (13% belong to sepia constitution). About 07 (8.33%) personalities responded to Natrum Mur.The potencies used also has varied, and no single potency was found to have a superior effect. In few cases initially the case was started with Nux vomica to treat acute complaints of sever biliousness and giddiness then and followed with the constitutional drug in the next visit after repertorisation. In two of the cases the case was interfered with Aconite to reduce the tension. In one case i.e. case no.31, OPD No.22476, KAM blood pressure 200/100 mm of Hg the case was referred to other system to manage the acute and then followed with homoeopathic remedies, along with the other systems medicines, hence cannot conclude the case. At the beginning of the study 3 cases were dropped out after one or two follow ups, due various reasons. 06 cases did not respond well to well selected remedies, nor to the specific or sectoral remedies like Strophanthus or  despite putting maximum efforts to give the best selected medicine. But the results of this study are certainly encouraging, and warrant further studies with more stringent criteria. Such a study, with a good sample size, will also help in evaluating the relative efficacy of various medicines in the treatment of essential hypertension.

Summary and Conclusion:
The prevalence of Hypertension in the age group below 50 years is not uncommon. If Hypertension is treated before becoming chronic, complicated and without pathological cause can be treated better and it should be patient oriented rather than disease oriented. With Homoeopathic remedies Hypertension can best be treated at “prehypertensive stage”. Patients respond well to the constitutional remedy than to a specific remedy like Rawulfia, viscum alb or strophanthus. The following study was undertaken to see the effects of Homoeopathic remedies in Essential Hypertension at clinical research unit, at A.M.Shaikh Homoeopathic Medical College and research centre Belgaum. The patients of Secondary Hypertension and the age group above 60years are excluded from the study.

It was observed by the above studies that: