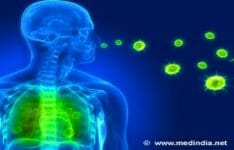 Introduction:
Cough is an explosive expiration that provides a normal protective mechanism for clearing the trachea-bronchial tree of secretions and foreign material. By this mechanism it prevents and reduces the chance of apparent damage to the lungs. That is why cough has been referred to as the ‘Watch dog’ of the lungs (vide ref. Cecil Essentials of Medicine; 3rd edition; Page no. 126).

Cough is provoked by mechanical or chemical stimulation of the airways. When excessive or bothersome, it is also one of the most common ailments for which medical attention is sought. And in our day to day practice also we often come across patients complaining of cough either of acute or chronic in nature.

Cough itself is not a disease; rather it is the reflection of some underlying disease process. It guides us to know the underlying disease. The different types of cough and their individual characteristic features, lad us to understand the hidden disease process and thus help us in taking appropriate measures towards the case before us. Apart from types and characteristics of different coughs, the quality of the expectoration is another aspect, from where we can understand many things.

Aims & objectives:
The object to discuss this topic is to explore the different characteristic features of cough associated with different diseases. Observation from physician’s point of view is very much important to diagnose the disease as well as prescription purpose. So, in this topic more emphasis is given upon the different observable signs & symptoms of cough.

The aim is also to explore the proper guidelines in treating the patients suffering from cough along with management also, keeping in mind the basic principles of Homoeopathy.

While discussing the different indicated medicines associated with conditions of cough, I have rather resorted to the repertorial approach and to be more precise my discussion has been limited within 3 repertories –Kent’s Repertory, Repertory of the More Characteristic Symptoms of the Materia Medica by C. Lippe and Homoeopathic Medical Repertory by R. Murphy.

Origin of the word ‘cough’:
It is very much exciting to explore the birth of the word ‘cough’, the so commonly used term; we never felt the need & never recollect also. Let us have an insight into it. The origin is from the Middle High German “Kuchen” which translates as ‘to breathe heavily’, to the French Old English “Cohhian” which means ‘to shout’, to the Middle English “Coughen”. It is from these words the current word “Cough” was derived.

Classification:
A cough can be classified by its duration, character, quality, and timing. The duration can be either acute if it is present less than three weeks, sub-acute if it is present between three and eight weeks, and chronic when lasting longer than eight weeks. A cough can be non-productive (dry) or productive (when sputum is coughed up). Few important types of cough with their character are mentioned below-

Type & character of cough and their importance:
So, just by observing and understanding the character of cough, we can know the underlying pathology. It helps us in diagnosis as well as proper management and treatment of the case.

A classical illustration is the short dry painful cough in which the patient tries to prevent the cough because it is causing more pain at an area of the chest and often presses that painful area with the hand when the cough occurs. This is cough of dry pleurisy. The clinician must remember that any cough if severe and of long duration can produce pain in the chest wall. Every cough with pain in the chest wall is not pleurisy.

Macroscopic observations of sputum and inferences:

A child below the age of 7 years cannot bring out the proper sputum and readily swallows the material. This is so important that in modern medicine laboratory practice AFB in suspected tuberculosis in such child is detected not by sputum examination but if needed then by search for AFB in gastric aspirate.

Selection/Choice of the remedy: This depends entirely and exclusively upon the symptoms, which are to be gathered with the greatest attention and the most careful investigation. These symptoms are by no means restricted solely to the character and peculiarities of the cough as such; but it is imperatively & indispensively necessary that they include also the periods and conditions of aggravation of the cough, as well as the other simultaneous morbid phenomena (concomitant); and this must be done, even though these latter phenomena may appear to stand in no relation whatever or in a merely accidental relation  to the cough itself and may not at present be susceptible of a physiological explanation (vide ref. Homoeopathic Treatment of Hooping Cough by C. von Boenninghausen, translated with additions by C. Dunhum, New York, 1870; Page no. 17).

In order to fulfill these requirements, we have endeavored so to arrange the 1st part of this work that under the name of each of the remedies which follow in alphabetical order should be comprised the following items.

1st– a brief diagnosis of the cough itself, involving-

2nd– under the ‘aggravation’-

3rd– the 3rd heading called ‘concomitants’ comprises a selection of concomitant symptoms, some of which occur simultaneously with the cough, while others are observed as something abnormal or morbid, affecting the patient at other times.

These three steps when followed systematically, serve, by exclusion of other remedies which either do not present these symptoms or present them but incompletely, to assure the choice of the most appropriate remedy for the case in hand.

We have considered it indispensable to append to the 1st part, which strictly speaking, constitutes the text of the work, a second part under the title ‘Index to the symptoms’ (Repertory), which may serve to indicate where the vary numerous symptoms are to be found, and, to assist the memory in the search for them. Through proper explanation, confirmation or rejection and through comparison among the group of remedies the indicated remedy will be chosen.

Administration of the remedy: The indicated remedy should be given in proper potency and dose as the case demands.

Comments of few stalwarts on different cough:
Our Master Dr. Hahnemann has said in preface of Drosera (Materia Medica Pura, Vol-VI, Page-288, 2nd edition), that after designating this plant (Drosera) as one of the most powerful vegetable drugs, and deservedly extolling its great curative power in many epidemic Whooping coughs and specifying that a single smallest dose of the decillionth potency (30th) is quite sufficient to effect a cure, he uses the following words: ‘Be careful to avoid giving a second dose immediately after the 1st dose, for it would infalliably not only prevent a favorable issue, but also be the cause of considerable mischief, as I know from experience’.

He also used altogether similar language with reference to another remedy viz. Cina, which likewise stands in the front and gives the assurance that ‘the 30th potency manifests, most completely, the curative power of the drug’.

As per Dr. C. M. F. von Boeninghausen, whooping cough is one of the dangerous children’s diseases during his time. It was tough job for the homoeopaths to treat these patients as most of these cases were muddled up by the allopathic medication. His advice was that a suitable homoeopathic medicine in high potency should be given in minimal dose, dissolved in water, a tea-spoonful being given morning and evening for rapid cure.

REPERTORY ON COUGH:
In discussing the reportorial part on cough, I mainly focused on the important causations of cough, modalities, different sensations, concomitants and character of cough. For easy and quick search of related rubric (s) of causation, sensation, modalities, all are separately arranged. This part can be used as therapeutics of cough while attending the different cases of cough. There is also another separate chapter on expectoration which contains fewer details but important characteristics of expectoration.

METASTATIC, with the sound of croup: Cupr.

RAPID, until patient falls back as limber as a rag: Cor-r.

WHISPERING sounds has a: Card-b.

ACRID fluid through posterior nares, sensation of, from: Kali-bi.

CHOKING sensation; fauces from to bifurcation of bronchia: Syph.

GREASE, sensation as if throat irritated by smoke of rancid: Hep.

HAIR, sensation of, in trachea: Sil.

ICY cold air, in air passages, sensation of, from: Cor-r.

OVERPOWERING, as if larynx were tickled by a feather in evening before sleep: Lyc.

PLUG, sensation of a, in larynx, from: Spong.

RE-ECHO, seems to, in stomach: Cupr.

SALT food and pepper in larynx, as if from: Crot-h.

SUGAR, dissolving in larynx, as if was: Bad.

TUBE, sounds as if he coughed in a: Osm.

WORM, sensation as if a, crawled up from pit of stomach in throat, from: Zinc.

CRAMPS,  in chest, from: Bell.

PRESSURE, on the goitre, from: Psor.

PUTTING, out the tongue, from: Lyc.

SNOWFALL, exposure to, in children, from: Sep.

LABOR, following difficult, or abortion, with backache and sweat: Kali-c.

RAISED, child must be, gets blue in face, cannot exhale: Meph.

SIT UP, must and cough it out, when had rest: Con.

SPRINGS up, child, and clings to those around; calls for help in a hoarse voice, bends backward and grasps at larynx: Ant-t.

STRETCHING out the arms: Lyc.

HOLD, cough obliges him to, himself inwardly: Coff.

Characteristic features of some drugs in cough:

Ant. tart corresponds to the stage of relaxation. When the lungs are too weak to expel the mucus, the coarse rattling comes on’.

Conclusion:
It is written in the book ‘ The Concept of Miasms in Homoeopathy and New Era’ by Dr. K. D. Kanodia that- Homoeopathy was discovered as a science, practiced as an art, followed as a religion and treated as a politics. According to the author, Homoeopathy is quite safe, but if used wrongly it can become harmful and even dangerous.

The whole discussion was the initiation of an attempt to highlight the different characters of cough with all its attributes. The sole aim is to enhance the quality of our prescription and day to day case taking rituals.

1This paper is previously presented by the author in a seminar at National Institute of Homoeopathy, Kolkata.