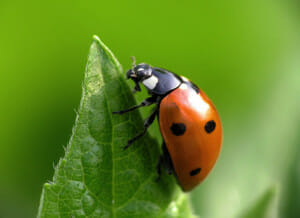 Introduction
Insecta are invertebrate animals – without back bone – and are included in arthropods. Arthropoda is  the largest, most dominant group and includes about 80% of known animal species. They are capable of flying.

Entomology refers to study of insects. Insects are grouped in the kingdom under phylum arthropoada & the class insecta.

Man had started the use of insects and insect products since time immemorial even at the cost of  animal’s life. Insects have been under use in human civilization since prehistoric period as mentioned in our religious literatures like Vedas, puranas , the ramayana, mahabharat and charka samhita. Some foreign travelers like Fahiyan and whenson had also discussed the use of insects and insect’s product as medicine.

As far as Homeopathy is concerned insects have a major role in the preparation of medicines.

Insect group is classified as follows :-

HYMENOPTERA   VENUM
Functions as haptens  that form immunogenic conjugates host  proteins. Life threatening anaphylactic response of a sensitized human  appears within minutes after administration of specific antigen and is manifested by respiratory distress often followed by vascular collapse or by shock without antecedent respiration difficulty.

cutaneous manifestations : Pruitus and urticaria with or without angioedema. Localized, non-pitting, angioedema may occur which may be asymptomatic or cause a burning or stinging sensation.

Respiratory system: Manifestations laryngeal edema, experienced as a lump in the throat, hoarseness or strider. Bronchial obstruction is associated with a feeling of tightness in the chest of audible  wheezing. Angioedema of the epiglottis and larynx and to some extend in the hypo pharynx and trachea, causes  mechanical obstruction and death.

2. Cantharis vesicator :- Over sensitiveness of all parts. The slightest touch     or approach aggravates the mental symptoms.

2. Cantharis Vesicator: Burning thirst with aversion to drinking (picture of hydrophobia). In fever, thirst only after the shivering.

4. Cocus cacti: Mouth and tongue dry, with much thirst. After dinner much thirst and when he drinks water, then chilliness.

5. Cimex acanthia: Thirst during apyrexia, but little during chill stage, still less during heat stage and none during sweating.

1. Apis mellifica:- Oedema of skin and mucous membrane. Swelling or  Puffiness  up of variance parts. Pale waxy oedematous swelling with a red rosy hue. Ascites and anasarca. Dropsy of Apis is characterized by thirstlessness, transparency of skin and scant urine. Bag like swelling under the eyes. Dropsy of right ovary and right testicle.

3. Doryphora decemlineata:- Elastic swelling of whole body which will not pit on pressure. (applicability in  myxoedema). Swelling of feet with burning.

5.Cantharis Vesicator:- burning redness and swelling of face, swelling and inflammation of  lips. Dropsical swelling of hand, feet and abdomen.

4.Formica rufa :- urine bloody. Albuminous with urates. Paralysis of bladder. Double the quantity of urine, even at night. Urine like saffron bright yellow

5.Cantharis Vesicator:- Constant urging to urinate, passing but a few drops at a time, which is mixed with blood like molten lead. Intolerable urging before, during and after urination. Burning, cutting pain in urethra during micturation.

Apis mel:- Inflammation, induration, swelling and dropsy of the ovaries especially the right better by lying on right side. Sharp, cutting, stinging pain in the right ovary. Worse during menstruation. Ovarian tumours, with stinging pain like bees sting. Increased sexual desires. Tendency to abort at or before 3rd month. Amenorrhea of puberty. With congestion of head thirstlessness and intolerance of heat.

1. Apis mellifica:-Urticaria like bee stings or stings from other insects with intolerable itching at night. Swellings after bites are sore and sensitive. Erysipelas with sensitiveness and swelling, rosy hue.  Carbuncle with burning stinging pain. Eruptions like nettle rash all over the body.

4.Bomyx Processionoea :- Indicated in Urticaria- intense irritation, hard large areola formed. Tubercle with a red areola. Sensation as of a foreign body were under the skin. Itching <evening not relieved by anything. Burning heat of skin.

5. Cantharis Vesicator:- Vesicular eruptions with burning and itching.Vesicules all ones body Which are sore and suppurating. Erythema from exposure to sunrays. Burns, scalds with rawness and smarting relieved by cold application, followed by undue inflammation.

6. Pediculus:- Psoric manifestation in children,. Milliary eruption on inside of forearms and thigh. Horropilation all over.

2.Cocuscacti :- Hemorrhage in large black clots especially from kidneys and uterus. menses too, too profuse lasts too long.

1. Apis mellifica:- Intermittent fever where chill occurs at 3pm with thirst.  < from warmth followed by burning heat of whole body with absence of thirst and comes sweat with complete absence of thirst. Indicated in exanthematic fevers and fevers complicated with suppression of eruptions.

2.      Cimex acnthia:- intermittent fevers with weariness and inclination to stretch. Chilliness of whole body, pain in all joints as if tendons were too short, esp. knee joint. Chill < lying down. Thirst during apyrexia, but little during chill stage, still less during heat stage and none during sweat stage.