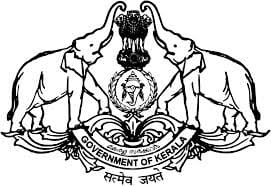 Ch.1 a. Legacy
Homoeopathy has only a history of 125 years in Kerala. It was recognized first in the State in 1928. It took its place in the Travancore Medical Practitioners Act 1943 and subsequently in the T.C.M.P Act 1953 with a provision for separate council for Homoeopathy. This was extended to the Malabar area through Kerala Adaptation Laws Order 1956. The Homoeopathy Central Council Act 1973 was enforced in the State w.e.f. 1st August 1974. It is estimated that there are about 8500 practitioners as on date including very few practitioners registered under Part B which consists only those who are not possessing recognized qualification. It was in 1957 that Homoeopathy was included in the public sector of the health care service. The Govt., as a matter of policy, declared in the  year1967 the setting up of one dispensary each in Allopathy, Ayurveda and Homoeopathy in every Panchayat. A separate department of Homoeopathy was formed in 1973.

Research is being done mainly under CCRH, which is an autonomous organization in Central Govt. There are 31 units across the nation, among which one of the Central Research  Institute in Homoeopathy is at Kurichy, Kottayam. Clinical research and drug proving have been conducted there since 1974. It was declared as Homoeopathic Research Centre exclusively for behavioral disorders and epilepsy in 1988. There is a 50 bedded hospital dealing with psychiatric patients. This is the only one of this kind in India.

A Homoeopathic Pharmacy was started under co-operative sector (HOMCO) at Alappuzha in 1975. A State level epidemic control cell (RAECH) was set up in 2005 after formulating a scientific protocol.

Under the Dept. of Homoeopathy there are 581 dispensaries, 13 district hospitals and 17 taluk hospitals providing a total no. of 945 beds. There are also 13 Dispensaries and one hospital under ESI sector, one CGHS dispensary, dispensaries in 2 Municipalities (Manjeri & Tirur) and 2 City Corporations (Kollam & Kochi). Besides the above there are temporary dispensaries numbering 328 under NRHM scheme and 29 ones in the ST/SC dominant areas.

There are two GHMCs conducting both UG and PG courses while 3 aided HMCs are running UG course with an annual intake of 50 in each college. There is a collegiate hospital attached to each college providing a total number of 300 beds.

A school health program titled “Jyothirgamaya” was started in 2004. Now there are two schools in each district coming under this program. A ‘Seethalayam’ project, a gender based program aimed at providing aid for suffering women, in particular women victims of violence in the society addressing their mental, physical and social health through medical treatment and counseling has also been launched in all district hospitals since 2010 harvesting encouraging results.

HOMCO is distributing quality medicines to various State Govt. institutions at subsidized rate in addition to several other State and Central Govt. institutions. Export of medicines has also since been undertaken recently. This pharmacy which is run on a marginal profit has its own herbal garden which is being developed in a plot of 5 acres of land at Mundakkayam (Kottayam Dist.)

Dear Homoeopaths,
Express your comments and suggestion here if any…since this is only a draft