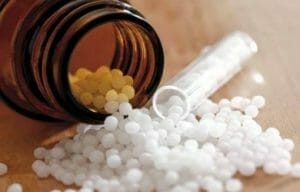 oAssociated Chambers of Commerce and Industry of India said :

Indian homeopathy treatment market is likely to grow 30% annually and reach a size of Rs. 4,600 crore as the number of takers is growing fast within and outside the country.

Globally, the homeopathy market is estimated at Rs. 26,300 crore with France being the largest contributor, according to the study by The Associated Chambers of Commerce and Industry of India (ASSOCHAM). Last year, the domestic homeopathy market size was about Rs. 2,758 crore.

Releasing the study, Mr. D S Rawat, Secretary General ASSOCHAM said that homeopathy which a few years ago was not considered a long lasting solutions has lagged behind allopathy in many respects as it kills the roots of aliments without any side effects. In one to one and personalized treatment with greater private interactions both homeopathy physician and its patients derive the utmost satisfaction with the least cost for consultation. This is another reasons as to why the Indian traditional treatment called the homeopathy has been spreading in every nook and corner of the country and world as well.

It has been stated that the growth of homeopathy is not only confined to India but world over, its size has gone beyond Rs.263 billion and interestingly the growth rate is almost on par and that is around 25%. France, Interestingly contributes the largest size in world Homeopathy market, points out the ASSOCHAM study.

It cites reasons for growing homeopathy market in India, saying that homeopathy, besides providing for effective means treating chronic aliments is also available and easily accessible online to over 1.5 crore patients across the country. The online homeopathy connectivity worldwide is more than in 95 countries and interestingly majority of them are economies of scale in which allopathy until recently has been more prevalent and invouge.

In 2009-10, patients diagnosing their aliments with homeopathy throughout the country were estimated at 10-12 crore, whose number is likely to exceed about 16 crore in next 2-3 years in view of its popularity and acceptability among the general masses, says the ASSOCHAM study.

Mr. Rawat made a mention of the ASSOCHAM recent assessment on “Homeopathy Demand on the Rise” in which it was found out that in metros like Delhi, Mumbai, Kolkata, Chennai, Bangalore and other satellite towns like Chandigarh, Hyderabad and Luknow. Over 75% of patients surveyed spoke very high for homeopathy, arguing that though it takes longer to root out aliments but the treatment is safe and physiologically satisfactory for, there are no side effects.

Majority of them held that homeopathy users switch on to allopathy only on exceptional cases and in acute emergencies, otherwise homeopaths are best to be consultated for removal of majority of physical and other aliments. Many of them also said that homeopathy is increasingly becoming an alternate to allopathic medicines.

There are over 5 lakh registered homeopaths in the country currently, with approximately 20,000 more being added every year. The size of the homeopathic drugs market is also expanding very fast even though these medicines cost only a fraction of allopathic or even ayurvedic medicines.

Another reason for homeopathy’s popularity has been the growing disillusionment with conventional allopathic medicine, which has, for many years, been the first line of treatment for most patients. Many patients also feel that homeopathy is a more personalised treatment, with greater one-on-one interaction between the patient and the physician.

There is a huge gap between homeopathy and healthcare industry. This gap will continue to persist due to the lack of hospitals and institutions. There are very few institutions for hospitalisation and that is where a lot of money comes from. To add to this, the distribution of products in homeopathy is very poor. This is because homeopathy medicines are hardly available in 15-25 outlets in a city, compared to the reach of allopathic medicines. But abroad, this is not the case. There are very few practitioners of homeopathy but the medicines are well distributed and hence, there is a big market in France, UK and USA.

Homeopathy is an effective means of treating chronic ailments. These ailments include hair & skin problems, respiratory problems, arthritis and other miscellaneous treatments like thyroid, bed-wetting, diabetes, and obesity.

The link is here: www.assocham.org/prels/shownews.php?id=2804