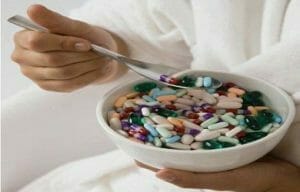 Homoeopathic professionals from across the country have wanted the Union ministry of Ayush to intervene in the problems of the practitioners in the state of Maharashtra following the state government order permitting registered homoeopaths to practice allopathy in rural areas.

The Maharashtra government in last year allowed qualified homoeopathic doctors to practice modern medicine in the villages due to shortage of doctors in the area. The permission was on a condition that they should pass a one-year course in pharmacology conducted by the state medical education board.  During BHMS course, the students do not study pharmacology which explains the chemical reactions of drugs and their prescriptions.

Against this decision of the state government, the Maharashtra chapter of the Indian Medical Association approached the court arguing that those who have completed MBBS and registered with the state medical council are only eligible to practice modern medicine.

This permission of the state government to practice allopathy by homoeopaths has made differences of opinion and disagreements among the homoeopathy community in the state as a section of them have welcomed the government decision, but several of them not supporting it by contending that it will lower the dignity of the system. According to them study one system and practice another system is unethical. If homoeopaths practice allopathy, the medical profession of homoeopathy will gradually become less popular and it will lose its charm.

Dr Arun Bhasme, vice president of the Central Council of Homoeopathy, while speaking in a session, highlighted the problems of the homoeopathy doctors in Maharashtra.

Sharing the views of the professional bodies with Pharmabiz, Dr Sreevalsan Menon, the state president of Kerala Homoeopathic Practitioners Association, the state branch of IHMA, said all the national homoeopathic professional bodies want that the homoeopaths should practice their system only and should not follow ‘crosspathy’. He said IHMA will request the Ayush minister to sort out and solve the issues in Maharashtra in consultation with the state government.