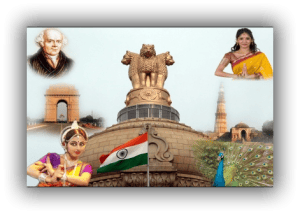 Statistics of Homeopathy in India 2016-17

Dr Mansoor Ali
In India, homeopathy is the second-highest funded as well as used category under AYUSH, by the Indian government and public respectively.

Homoeopathy is the second largest system used in India and world

The expenditure on homeopathy was Rs 82 crore, rising heavily to Rs 167 crore, in the same periods.

The trend follows for research as well. For 2016-2017, the budgeted expenditure for Ayurveda was Rs 170 crore and homeopathy was a close second at Rs 120 crore.

However government data says that 28% people in India use one of more kind of AYUSH treatments.

Homeopathy is growing faster than Ayurveda and Unani in India.
The use of homoeopathy is steadily growing in India and as per an analysis by Ministry of AYUSH, this sector exhibited an annual growth rate of 26.3% in the past year, the highest among the other AYUSH modalities.

The organised homoeopathy market in India, which is estimated to be around Rs 2,758 crore, is expected to more than double by 2017.

“The Indian Homoeopathy market is growing much faster than the global market, which is pegged around Rs 26,000 crore,”

India leads in terms of number of people using homeopathy, with 100 million people depending solely on homeopathy for their medical care.

Education and practice of homeopathy is regulated by the Central Council of Homeopathy. The Homeopathy Pharmacopoeia Laboratory works on the standardisation of homeopathic drugs.

The Headquarters of the Council are situated in New Delhi and multi-centric research is conducted through a network of 23 institutes/units all over India.

The Council formulates and conducts research programs/projects; collaborates with national and international institutes of excellence to undertake evidence based research in fundamental and applied aspects of Homoeopathy; monitors extra mural researches and propagates the research findings through monographs, journals, newsletters, I.E.&C. materials, seminars/workshops. Studies comply with the modern scientific parameters and research is undertaken with the goal that the outcome of research translates into practice and the benefit of the research is extended to the profession and the public.

Education
There are 195 undergraduate colleges for homeopathy in India and 43 for post-graduate education. Out of this 13 PG colleges are in Govt Sector including NIH Kolkatta.

World
Worldwide, over 200 million people use homeopathy on a regular basis.Homoeopathy is currently used in over 80 countries. It has legal recognition as an individual system of medicine in 42 countries and is recognized as a part of complementary and alternative medicine in 28 countries .

The WHO states that Homeopathy is the second most used medical system internationally, with over $1 Billon in expenditures for such therapy.

According to World health Organisation, Homeopathy is the fastest-growing and second-most widely-used system of medicine in the world

To know more about homoeopathy in India : http://www.homeobook.com/category/scope-of-homeopathy/republic-of-india/