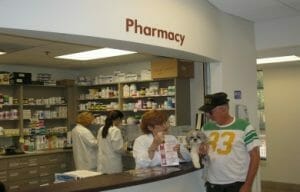 Karnataka State Registered Pharmacist’s Association has cautioned the government on the efforts by certain state governments to recognise the medical professionals armed with a degree in Indian System of Medicine and qualified as Ayush doctors being permitted to practice and prescribe allopathic drugs.

These moves in the past by several associations only highlights assertiveness to promote integrative medicine practices to combine ISM with allopathy without permission. Further, it not only undermines the modern medical profession which is detrimental to the ISM practitioners also. It is like sailing in two boats with one leg in each, Ashokswamy Heroor, president: Karnataka State Registered Pharmacist’s Association and practicing advocate stated in its communication to the Union government with a separate letter to the President of India Pranab Mukherjee.

“The officials engaged in such crafty moves are shielding themselves under the Supreme Court orders of the case related to Dr. Muktiyar versus the Punjab government decision . Though SC has not ordered the government to make provisions to enable ISM doctors to practice allopathy system of medicine, the middlemen and touts have commenced the same deceitfully. The SC’s recent order, bans cross practice by doctors, stated Heroor adding that he would not rule out the possibility of support from multinational drug companies to encourage such practices in a bid to increase the generic drug sales in the country.

It is high time government takes charge to control the situation and ensure that the Ayush doctors should never be allowed to practice allopathy, said Heroor. [Source]