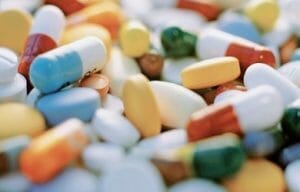 The odor from the mouth is very offensive you can smell it all over the room. no remedy has this condition of mouth in any degree equal to mercury.

Alteration of hunger and satiety is not markedly found under any other remedy – lyco.

Pain in back in region of kidney .amelioration after discharge of red sanded urine. No other remedy help theses case more promptly and permanently than  – Lyco

Perhaps no remedy having stronger action on nervous system – phos

No remedy has greater affinity for the throat  – belladonna

* There is prostration equal to that of Arsenicum or Veratrum album, but the surface is warm and often covered with warm sweat. The face is deathly pale, with rings around the eyes. This is a perfect picture of Bismuth, and no other remedy need be confounded with it.

No remedy is more efficacious for uterine displacement than  – Lilium tig
There are very few, if any, remedies that have worse ciliary neuralgia than – Actea rec

No remedy has more decided action up on anus — nitric acid

Black eye from a blow of the fist. No remedy equals the ledum in 2 c potency.

Eruption worse during winter. There is no remedy that has this so prominently – petroleum

Linea nasalis is more characteristic of aethusa than any other remedy.

Glowing redness of the face- no other remedy that I know of has it so strongly – Melilotus.

Dry heat while asleep and profuse sweat when awake. no other remedy has it, and it has been confirmed many times – sambucus

No remedy has fear in sucha degree as this one —  Aconite.

No remedy is more restless than this one  – Ars.
In typhoid there is no remedy that prostrates more than — Ars
No remedy has more persistently violent delirium than — Bell.

This particular sweat, back ache, weakness as a combination not found under any other remedy – Kali carb.

Vertigo on turning. I know of no remedy that has this symptom so strongly — Conium

“Sweats day and night, as soon as one sleeps or even when closing the eyes” is a characteristic found under no other remedy that I know of ( opp. Samb)— conium.

Great weakness in chest. So week cannot talk, no remedy has this symptom so strongly as tin — stannum

Pride and over estimation of one self; looking down with haughtiness on others .Illusion of fancy on entering in house after walking an hour as if every thing about her were very small and all person mentally and physically inferior, but she herself physically and mentally superior. This is a valuable symptom and found under no other remedy – platina

There is no remedy that covers a greater variety of mind symptoms arising from brain trouble than — phosphurus.

Empty gone feeling whole abdomen no remedy has this feeling in the abdomen so strong as – phos.

No remedy has a richer array of stool symptoms – phos

Its chief sphere of action seems to be in the abdomen and pelvis, especially in women. No remedy produce stronger symptoms here — sepia.

A condition of mind not found under any other remedy in the same degree that is-become indifferent to her occupation ,her house work, her family or their comfort, even to those whom she loves best — sepia

If there is a tendency to passive hemorrhage, every thing, open and loose, no action, in thin, scrawny, cachetic women there is no remedy like it – sec cor.

In typhoid, there ate no other remedy exactly like it in its depressing effect on the sensorium — phos acid.

For the weak, slow pulse of old age there is no remedy oftner use ful – gels

I do not know of any remedy in which this weakness of the neck of the bladder is more prominent – caust.

Arhtritis deformans are found as prominently under caust as under any other remedy.

There is no other remedy that I know has the amelioration so strongly in damp weather as – hepar sulph.