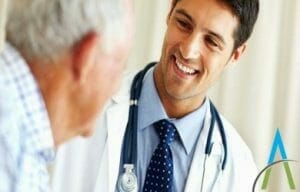 Now we are going to discuss something in brief about

History of homeopathy in relation to gastro enteritis

Asiatic Cholera (1830)
Give a drop of camphor spirit every five minute – (Lesser writings of Hahnemann). Even without seeing a single patient Hahnemann treated and saved the life many patients at that time.

Kerala : 100 years back by Missionaries, an epidemic of cholera in southern Kerala effectively controlled by them created faith among people of Kerala

Homeopathic Combination Remedy in the Treatment of Acute Childhood Diarrhea in Honduras
The Journal of Alternative and Complementary Medicine (Published in Volume: 12 Issue 8: October 11, 2006)

Result
The homeopathic combination therapy tested in this study did not significantly reduce the duration or severity of acute diarrhea in Honduran children.

Results : Combined analysis shows a duration of diarrhea of 3.3 days in the homeopathy group compared with 4.1 in the placebo group.

Conclusion : Homeopathy should be considered for use as an adjunct to oral rehydration for this illness.
The Pediatric Infectious Disease Journal, 22 (3): 229-234, March 2003

Source : Jacobs J. Treatment of acute childhood diarrhoea with homoeopathic medicine: a randomized clinical trial in Nicaragua.
The Journal of the American Board of Pediatrics, 1995,8,361-6

Arsenicum : Stools dark, putrid, mixed with blood ; during stool tenesmus and burning in rectum, great anguish, restlessness, fear of death ; extreme thirst, aggravated at night, or after eating or drinking.

Ipecac : Stools bloody or bloody mucus ; fermented like frothy molasses ; nausea and vomiting ; loathing for all food, no thirst.

Merc. sol : Similar cases to Merc. cor. Where the symptoms are worse at night, and where there are profuse night sweats, especially on the head.

Nit. ac : – This medicine follows the use of the mercurials where they cease to act. There is tenesmus during stool, and spasmodic contraction of the anus. Long-lasting exhausting pains after stool.

Best book of reference ?
The homoeopathic therapeutics of diarrhea, dysentery, cholera, cholera morbus, cholera infantum and all other loose evacuation of the bowels

In  Synthesis repertory   59 rubrics related to cholera are available

Synthesis repertory has   316 rubrics related to various aspects of diarrhea which are highly useful in our day to day practice.

Graphical Representation
If we are analyzing the entire homeopathic literature,  we will get the following results

Dysentery
Result : Merc. sol is the most important remedy for dysentery followed by Colchicum and Mecr.cor – as represented in majority literatures.

Diarrhoea
Result : Ars. Alb is the top ranking remedy for diarrhea followed by Sulphur and Podophyllum – by the majority of authors and case records.

Algid Cholera : Algid: chilly; “a person who is algid is marked by prostration and has cold clammy skin and low blood pressure” [Wordnet]

Asiatic Cholera : A remarkable epidemic disease, consisting in the malignant form of cholera, in which all of the symptoms are much more severe and rapid in their prograss to a too generally fatal issue. [Thomas1875]

Bilious Cholera: Copious and frequent vomiting, at first of the alimentary and fecal matters, with redundancy of bile, and spasms of the legs and thighs. This is nothing more than a form or variety of European Cholera. [Thomas1875]

A form of simple cholera characterized by purging, vomiting of bile, and spasms of the lower extremities. Regarded as real or Asiatic cholera if it occurred during an epidemic of the latter. [Appleton1904].

European Cholera
A name given to cholera as it usually appears in Europe when not epidemic. [Thomas1875].

Cholera Infantum :  A dangerous disease of infants that occurs, generally, in the Middle States of the Union, in June or July, and continues during hot weather; hence called the ‘summer complaint’. The chief symptoms are vomiting, purging of green or yellow matter, slime, or blood, attended with pain or uneasiness, and swelling of the abdomen, with some pyrexia, generally. [Dunglison1874].

A disease characterized by vomiting and purging, with gripings and cramps, usually caused by imprudence in diet or by gastrointestinal disturbance. Simple cholera. [Webster].

Cholera Sicca
An old term for a malignant form of disease seen during epidemics of Asiatic cholera in which death occurs without diarrhea. [CancerWEB].

Simple Cholera
A disease most common in hot climates, at the close of summer or early autumn. It generally begins with pain in the bowels, nausea and vomiting, and cramps in the extremities, followed by severe watery diarrhea. [Appleton1904].

Research in Homeopathy – need of the hour
All Homeopaths should attain knowledge about the modern research protocol, methodology, diagnostic tools, follow-up criteria and disease management.

This will help us to be at par with the current medical research practices.

Many of the research works in homeopathic field are done in an unscientific manner. When research is not conducted in proper scientific way and when there are no valid statistical data it becomes unacceptable to the scientific community.   Some scientists often criticize homeopathy claiming that it uses medicines without knowing their action mechanism. This does not happen only in homeopathy. It is known that today there are several conventional medicines which are given by prescription and are effective, but we do not know their action mechanism.

Clinical research is an area where we cannot make a lot of mistakes so each and every step of the research has to be properly planned. Even though Western and European homeopaths utilizing modern research protocols such as meta analysis, double blind and triple blind RCTS – majority Indian homeopaths are still in case series study and not even case control or cohort study.

Although the best proof is the millions of patients that have been helped from the application of homeopathy, we must have great interest in the progress of research on the effectiveness of homeopathic medicine.   That is why www.similima.com – have a separate section on Research aspects of Homeopathy.