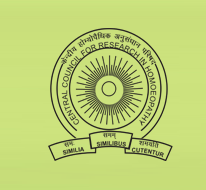 The Council has initiated the Short Term Studentship in homoeopathy Program in order to promote interest and aptitude for research among homoeopathic undergraduates.

The main objective of this program is to provide an opportunity to undergraduate homoeopathic students to familiarize themselves with research methodology and techniques by being associated for a short duration with their seniors on ongoing research program or by undertaking independent projects. This may serve as an incentive for them to take up research as a career in the future. The Institution must provide the student with all facilities for carrying out research.

The received applications and proposals will be evaluated by the Council. Results will be announced in October 2014 and list of selected students displayed on the website. If selected, the student is expected to complete the project between October 2014 and March 2015 and submit the report before the last date of submission i.e. 20th April 2015.

The student will be awarded stipend and certificate only if his/her report is approved.

The value of the studentship will be Rs. 10,000/- only and is meant to be a stipend for the student. Cost of research must be borne by Medical College/ Institution where research is carried out.