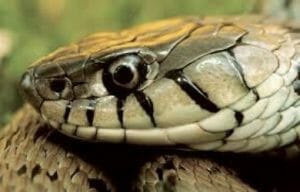 Homoeopathic Medicines made out of Snake Venom and their preparation, properties and clinical indications

A considerable part of Homoeopathic materia medica consists of medicines taken from animal kingdom. As the name implies, the Ophidia group consists of medicines taken from snakes.
Ophidia comes under Class Reptilia, which comes under Phylum Chordata, under metazoa. The other Classes in Phylum Chordata includes Pisces, Amphibia, Aviens and Mammalia.

There are mainly 15 medicines in the Ophidia group. They are

Sources of drugs
The poison taken from the snakes. Chemically, the snake poisons are cyanhydrates of soda and other salts.
Alcohol is a natural solvent and an antidote for these poisons.

The major poisonous snakes, the poi son of which are made use of in homoeopathy are

Snake Venom
The Snake Venom is the modified saliva. The venom contains nine enzymes such as

Speed of action of Venom:
This depends on the site of injection and the amount injected. If the venom directly enters the blood stream, effect may be rapid and lead to sudden death. In most of the cases, the absorption of venom is slower and especially in Viperine bites With extensive local reaction, considerable amount of venom may remain locally which will be absorbed into the circulation in due course.

Effect or Clinical features of snake bite:-
I. Immediate response-
Seen in all snake bites. There will be severe fright and mental agitation leading to tachycardia, sweating, hypotension and even vascular collapse.

II. Local reactions:
This is seen more in Viperine bites than in others. There will be intense pain, swelling and violaceous discolouration, developing within minutes and often a sero sanguinous fluid exudes from the fang marks.
Oedema and discolouration spread proximally and in a few hours, vesicles and haemorrhagic blebs may appear.

III. General effects:
The general effects vary with the type of snake.
Cobra and sea snake venoms are pre dominantly neurotoxic Viperine venom is histotoxic and haemorrahagic.
There will be some overlapping of the effects during certain seasons.

IV. Cobra and Krait bites:
They are neurotoxic. Soon after the bite, the patient complains of a sinking feeling, drowsiness, blurring of vision, diplopia, dysphagia and dyspnoea. There will be paralysis of palate, tongue, pharynx and respiratory muscles. There’ll be a flaccid paralysis of the limbs, associated with hypotonia and a diminution in the tendon reflexes.  Coma and death can happen due to respiratory failure or shock in 6-48 hrs. Sometimes the symptoms may present as acute myasthenic crisis.

V. Viperine bites:
It is histotoxic and haemorrhagic. Within 3-4 hours of bite there will occur the following features.

(iii) Rarely, there’ll be optic neuritis lead ing to partial or complete blindness in 2-7 days.
Renal changes occur as proteinuria and haematuria. A dreaded complication due to direct nephrotoxicity is anuric renal failure, the lesions of which are acute tubulonecrosis, haemorrhagic interstitial nephritis and acute glomerulonephritis.
Death in Viperine bite occur due to shock, haemorrhages, secondary infection, renal failure or cardiac failure.

VI. Krait venom is neurotoxic. They present with symptoms similar to co bra bite but is most lethal. Local reaction is minimal.

VII. Sea Snakes-Their venom is neurotoxic and nephrotoxic. There’ll be pain and stiffness of muscles of neck, back and proximal part of limbs. Trismus, ptosis, etc. Ophthalmoplegia and paralysis and the symptoms may lead to respiratory failure. Proteinuria and myoglobinuria occurs. Death is due to respiratory paralysis and renal failure.

Common Characteristics of Ophidia
I. Paralysis
Features of typical bulbar paralysis occur in Naja.
The paralysis of Ophidia group occur in right side as well as left side.
Right side
(1) Crotalus horridus
(2) Crotalus cascavella right sided hemiplegia.It is complementary to Lachesis as it completes the curative action.)
(3) Elaps corallinus
(4) Bothrops-hemiple gia with aphonia
Left Side
(1) lachesis has left sided paralysis especially from apoplexy.
There will be extensive paralysis
Naja: Bulbar paralysis, sphincter control will be lost.
Vipera: Paraplegia of lower extremities, re sembling acute ascending paralysis of Landry.
Bangarus fasciatus: Acute polioencephalitis and myelitis.

III. Haemorrhages of dark, non-coagulable decomposed black blood oozing from all orifices of the body with ecchymosed.
(i) Lachesis: Oozing of dark, decomposed blood, purpura with intense prostration, epistaxis, bleeding gums. There will be haemorrhages from bowels like charred straw, black particles. There will be a general relief by menstrual flow.
(ii) Crotalus horridus: Dark non-coagulating blood; haemorrhagic diathesis; retinal haemorrhages. Blood oozes from ears. There’ll be epistaxis where the blood will be black and stringy: persistent haemorrhages; intestinal haemorrhage; bloody urine; purpura haemorrhagica; bloody sweat.
(iii) Elaps: Epistaxis; Haemorrhages from lungs as black ink. Watery haemorrhage with pain in the apex of right lung. There will be cough with expectoration of black blood. Menstrual bleeding is black In typhoid fevers when ulcers have eaten into tissues, there’ll be the discharge of black blood.
(iv) Bothrops: Haemcirrhages from all orifices, b leading to hemiplegia aphasia and dysarthria; conjunctival and retinal haemorrage; bloody stools.
(v) Vipera-Persistent epistaxis; affects especially the veins.

(v).Nerves, specially affected by snake poisons
(I) Vagus nerve
(ii) Spinal accessory nerve ,So, characteristically we get symptoms of larynx, respiration and heart.
Ophidia medicines cause choking constrictive sensation due to pneumogastric nerve irritation.
Weak heart, cold feet and trembling.
All the medicines have dyspnoea and cardiac symptoms

VI. Yellow staining or colour of skin
Most marked in Cortalus horridus, less in Lachesis and Vipera communis and Vipera torva.

X. Initial anxiety, mental excitability and over sensitiveness
Hallucinations and fear, followed by nervous depression which varies from debility to confusion, stupor, delirium and paralysis.