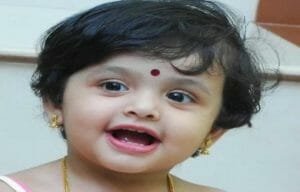 Diarrhea is one of the important defenses of the body. It is the way that the body hastens elimination of certain infective organisms. Although one can consider taking conventional drugs to suppress the diarrhea, they simply allow the bacteria or parasites to remain in the body longer.

The World Health Organization considers childhood diarrhea to be the number one public health problem in the world today. Over three million children in the world die each year as a result of diarrhea-related dehydration.

For the first time in history an American medical journal has published research on homeopathic medicine. The journal, Pediatrics (Jacobs, 1994), has published important research on the homeopathic treatment of acute diarrhea in children, a condition that is considered the most serious public health problem in many developing countries.

The study was a randomized, double-blind, placebo-controlled trial on the treatment of Nicaraguan children. Conducted by physicians at the University of Washington and University of Guadalajara , the study included 81 children, ages six months to five years.

All the children in the study received oral rehydration fluids to prevent dehydration. While these fluids significantly reduce fatalities from dehydration, they do not treat the underlying infection that is causing the diarrhea.

This study has been replicated and has confirmed the value of homeopathic medicines to treat acute diarrhea in children (Jacobs, et al, 2000, Jacobs, et al. 2003). The combined results of three studies and the metaanalysis of 242 children showed a highly significant result in the duration of childhood diarrhea (P=0.008).

One does not need to be a professional homeopath to learn to use these remedies for acute diarrhea.