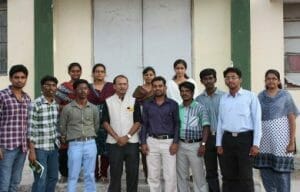 What we study today as Materia medica are actually studies made on Materia Medica..

As Dr.C.Dunham tells us in his “ Homoeopathy the science of therapeutics” we should go to daybooks of the provers or to the Pure Mateeria Medicas of Hahnemann to have as unprejudiced study of the same. Let me begin with the words of Dr.J .T.Kent “The student of oar Materia Medica must study a proving until he feels the image of the totality of the sick feelings of all the provers as if he bad proved this remedy and felt all the morbid feelings of the provers “.

The study of Materia Medica may be explained under the headings  1. Psycho clinco pathological 2. Synthetic 3. Analytic 4. Comparative 5. Study based en Remedy relations

These headings may be applied to the study of the medicines in general or study of each and individual remedies.

Synthetic study of Materia Medica Study of a group of medicines based on their general resemblances is termed synthetic study of material medica. Examples of Materia medica with such a presentation is Otto lesser- text book of material medica In the study of an individual drug. grouping of similar regional symptoms to form generals or characteristics is termed Synthesis. This Includes Identification of similar causations, sensations, modalities or concomitants in the sector totality of a remedy & application of these factors as general symptoms of the medicine. Example for such a presentation is Dictionary of practical Materia Medica : LH.Clarke.

Analytic study of Materia Medica: 1. Genera analysis of the symptoms. (a) Sphere of action In the drug. (b) The extent to which the organic substance is affected. (c) The action of the drug on the vital power.

The sensorium The special senses The sphincters The other involuntary muscles. The power of locomotion.

Comparative Study: Study of a group of drugs or an individual remedy by comparing with similar or opposing ones. Eg.: Comparative Materia Medica: Farrington.E.A A study of remedies by comparison : H.A.Robert

Study based on Remedy Relations: Understanding and predicting the symptoms of a drug by identifying its related medicines. For this, we should know the symptom relations of the related medicines. It is found that Most similar remedies becomes Inimical Moderately similar acts as Antidotes & Similar ones with contradictory modality becomes Complimentary. Eg: If we know the Inimical relationship of Causticum and Phosphorus, we could Imagine the symptoms of the other if that of one and the field of their inimical action 1s known.

Dr.C.M.Boger comment, that” The true physician is the man who knows how to make the best cures and the most expert healer is the man who knows best how to handle his material medica” He say the faculty of mastering is not dependent upon encyclopaedic memory, but upon the physicians ability to pick out from the symptomatology, those ones which differentiate it from its nearest similar remedy. Boger explains the general analytical study but the points he highlights for comparison are Sensitiveness, Cravings and aversions. Diagnostic symptoms (clinical) History of present complaints & History of past illness.