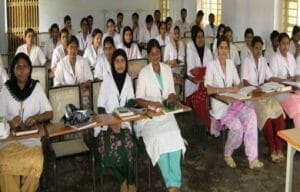 Central Council of Homoeopathy submitted the inspection report on 26.06.2014 to Department of AYUSH, which in turn forwarded to Ministry of  Health and Family welfare for further action.

The homeopathic colleges across the country are yet to get approval to begin admissions for the academic session 2014-15 from the Ministry of Health and Family welfare.

Every year a committee by the department of AYUSH carries out an inspection of all colleges under it and approves the intake of students for these colleges. This year, however, a circular has been issued for the first time by the department of AYUSH that the process of filling up seats should not be started unless colleges get a letter of approval from them for admissions.

As the students get admissions based on the Common Entrance Test in many states, the merit list drawn for medicine, dentistry and homeopathy is common.

Probably all homoeopathy colleges may get relaxation up to December 2014 as in the case of Ayurveda and Unani Colleges. CCH will conduct he next inspection in January 2015 itself. A college has to pay more than RS 25,000/- and above  for every inspection. But this year unnecessary delay on the part of CCH in submitting inspection report to AYUSH was heavily criticised and resulted in the delay of 2014 admission.