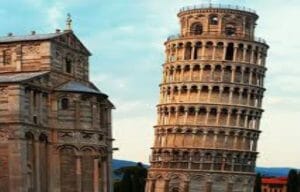 95% of MD/general practitioners and 75% of midwives in France prescribe homeopathic medicines! Homeopathy is NOT “alternative medicine;” it is a “regular medicine” to them!

Are skeptics really saying that 95% of French MDs are delusional?

Background: The use of homeopathic medicine is poorly described and the frequency of combined allopathic and homeopathic prescriptions is unknown.

Objective: To analyse data on medicines, prescribers and patients for homeopathic prescriptions that are reimbursed by French national health insurance.

Methods: The French national health insurance databases (SNIIRAM) were used to analyse prescriptions of reimbursed homeopathic drugs or preparations in the overall French population, during the period July 2011-June 2012.

Results:
A total of 6,705,420 patients received at least one reimbursement for a homeopathic preparation during the 12-month period, i.e. 10.2% of the overall population, with a predominance in females (68%) and a peak frequency observed in children aged 0-4 years (18%). About one third of patients had only one reimbursement, and one half of patients had three or more reimbursements. A total of 120,110 healthcare professionals (HCPs) prescribed at least one homeopathic drug or preparation. They represented 43.5% of the overall population of HCPs, nearly 95% of general practitioners, dermatologists and pediatricians, and 75% of midwives. Homeopathy accounted for 5% of the total number of drug units prescribed by HCPs. Allopathic medicines were coprescribed with 55% of homeopathic prescriptions.