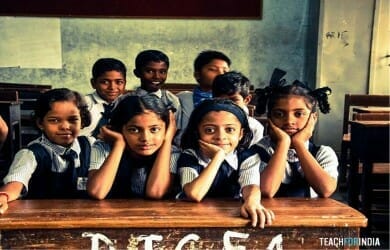 New Delhi, Oct. 1: The US Food and Drug Administration has cautioned that homeopathic teething tablets and gels may pose a risk to infants and young children and recommended that consumers stop using these products.

In a statement yesterday, the FDA said it had analysed adverse events, including reports of seizures, in infants and children who had been given these products since the start of a safety alert issued in October 2010.

The agency did not say how many adverse events it had documented but merely that it was “currently investigating this issue, including testing more product samples”.

Senior officials in India’s Central Council of Research in Homeopathy (CCRH) said that while they did not know the background of the FDA advisory, expert panels in India had recommended the use of homeopathy for young children for ailments including teething troubles.

But senior CCRH officials said they did not know of any evidence of toxicity in children caused by homeopathic tablets.

“We believe homeopathic teething medicines are safe for use in children,” Anil Khurana, research coordinator at the CCRH, told The Telegraph.

The Indian government views homeopathy as one stream of traditional medicine, similar to ayurveda, unani and siddha, and supports research on and the use of homeopathy.

The Union ministry for ayurveda, yoga, unani, siddha and homeopathy (ayush) has approved a government-supported programme called “homeopathy for a healthy child” that encourages the use of homeopathic medicines for various ailments, including teething troubles.

Another senior CCRH official said that homeopathic medicines contained active substances diluted to such low levels of concentration that they were virtually undetectable in the medicines and did not have any capacity to cause toxicity.

“It is contradictory to claim homeopathic medicines will cause toxicity,” said Bindu Sharma, a qualified homeopathic doctor and member of the CCRH.

“Homeopathy has been criticised as having only a placebo effect because the medicines are so dilute. If something is so dilute that it does not exist there, how can it cause toxicity – there is a contradiction here,” she said.

About 12,000 graduates and 1,200 postgraduates emerge every year from India’s 195 recognised homeopathic medical colleges.

“We estimate the country has 2.7 lakh homeopathic practitioners,” said Ramjee Singh, president of the Central Council of Homeopathy.