Many leading homeopaths gave a clarion call for unity among homoeopaths and creation of a single national body for the whole profession. Why? 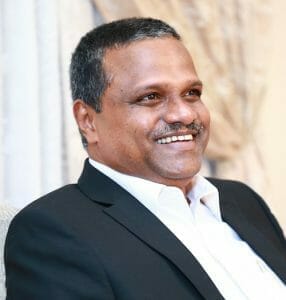 A small percentage of doctors are employed with the Government, the remaining vast majority of them are sailing through as health professionals. In the current situation, India happens to be the leader of the homeopathic profession in the world with its more than 200,000 registered medical practitioners, around 200 medical colleges, independent government departments with directors in many Indian states and a national regulatory body. Government has given immense support for its growth and propagation compared to any other country in the world.

Lacunae
It is definite that all these associations supported the profession to reach at this point. We achieved a lot. But, now we see some serious lacunae in the decision-making process of governments due to the intense lobbying of pressure groups who work hard to banish homeopathy. Homeopathy is kept away in the current crisis though homeopaths demonstrated the efficiency of homeopathy in virus epidemics many times earlier. It is very clear that the government administrative heads of homeopathy did not show the required leadership. I think we need not expect any change to that in the near future. We need to introspect and identify where our strength lies. I think it is in the unity of the whole profession. It looks like we are fragmented but all have the same goal of the advancement of health through Homeopathy. In order to achieve this, the first and foremost goal is to unify the profession under a single umbrella. As CCH has been dissolved and hence the political ambitions associated with it, there is no more good reason to remain in opposite poles when the profession needs unity for survival.

Two reason
In the current reality of health emergencies, where the voice of Homeopathy was weak could be attributed to two reasons; First, the political diversity due to the presence of a multitude of associations; second, lack of scientific temper of the profession as a whole and the desire to live in cliche rather than science. There are many researchers who toiled their time in laboratories and made available excellent scientific evidence to support homeopathy as the most advanced curative method. But the profession at large is in deep slumber and unwilling to imbibe the new discoveries into its genetics.

What next?
This is the reality of the current situation. Political cohesion must be created right now, to begin with Indian context. That should not be the end in itself, it shall be the beginning of the similar effort world-wide, in which every nation should have one national association eventually leading to a single powerful international organization.

Homoeopaths have a unique position to offer to save the world with a different model of health which improves the immunity of the population rather than depleting the immune status of the society.

Dear colleagues and friends, this is the last signpost offering a direction to start a new journey for the survival and advancement of homeopathy thereby the advancement of human health with this most advanced scientific therapeutic approach.