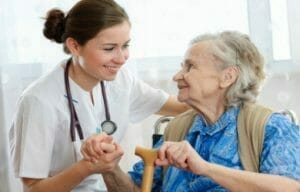 Dr S G Biju
Mental Diseases and Mental Symptoms are usually misinterpreted by Homoeopaths. Those symptoms of Mental Disease are not Mental Symptoms. They are the symptoms of a disease. Those symptoms in the mental level that have no connection with the physical disorders are mental symptoms. Mental symptoms and mental characteristics are also different. So we can have the following 3 categories of mental strategies.

Mental Symptoms of Mental Diseases
It is of least value in the selection of a remedy because it is a disease symptom only. It is just like the step ladder fever of typhoid or flapping of ala nasa of pneumonia.

Hahnemann said that mental diseases are psoric in origin chronic in nature, shall be treated with antipsoric remedies. As we know there is no existence of a single miasm in any human being. Each Person has a miasmatic combination with a particular ratio. Each disease shall be interpreted in terms of miasmatic combination with a particular ratio. One thing is crystal clear. One miasm will be prominent in each and every one and in each and every disease. This miasmatic ratio of person shall be changed according to the following factors.
1. Age – As age advances virulent miasms achieve an upper hand (If not treated prominently)
2. Family History of Disease – Change of ratio is depending up on the miasmatic ratio of paternal and maternal tree.
3. External influences – Environment and life style shall contribute an advancement of miasmatic growth.
4. Treatment taken: Homoeopathic, Ayurvedic, allopathic or any other system of medicine shall make changes in miasmatic ratio either in favor or against virulent Miasms

The prominent miasm under each type of mental disease shall be interpreted as follows.

Among these cases most difficult to treat and cure is Psycosis – (Sycosis). Following disorders come under Psycosis and Sycosis Prominent Miasmatic ratio.

Cases with family history of Psychiatric Disorders should be treated with Nosodes preferably MEDORRHINUM. DNA in high potency is also found effective.

If at all a case of Psychosis is declared cured it is better to follow up the case with a nosode to prevent the recurrence.

Neurosis should be treated and cured with antipsoric remedies. As an intercurrent remedy SULPHUR should be given to all neurosis cases except OCN.

Alcoholism & Drug Dependency: Treatment of after effects of alcoholism and drug dependency is an easy job as it is usually based on pathological symptoms of advanced pathology. Alcoholism & Drug dependency it self is an advanced syphilitic miasm. So such cases should be treated with antisyphilitic remedies in low potencies. To save the alcoholics from his habit physician should create an interest for withdrawal from alcohol and drug before starting treatment. To prevent the temptation to be addicted to drug such cases should be followed with a dose of SYPHILINUM in very high potencies.

Mental Symptoms
Mental Symptoms and mental disease are entirely different entities. Mental Symptoms should define the constitution of the patient. It should be a patient symptom or a person symptom. For clinical purpose mental symptoms may be divided in to 3.

Are You Confused Again?
Let us see the said Mental Symptoms through certain examples.
If patient is doubtful about recovery while curing his disease the doubtfulness about recovery should also be removed by selecting a remedy from the following list that can cover his physical particulars too.
ARS, Ign, Stann Met, Lycopodium, Leptandra

But if patient is hopeful about recovery if at all we are selecting SANGUNARIA on the basis of that symptom, his hopefulness will persist.
If patient is in despair about recovery selecting, CALC, COLOCYNT, CAMPHOR or SYPHILINUM will bring hope in to the mind of patient along with curing the physical disease.

Person Mental Symptoms are a group of Never Changing Symptoms that can individualize the case.
Patient symptoms are the symptoms that can be and should be changed with a properly selected Remedy.
Desire for creative activity is a person symptom, by selecting COFFEA or PHOS one can cure the disease of such a person but can’t remove the creativity.

Benevolence is a quality of a person that guides the physician for selection of a curative remedy for him like CARCINOCIN or NAT CARB. But CARC or NAT- C can only cure his disease not able to remove the benevolence in him.

HG (Hand Gestures) is one of the major person symptoms to be observed by the physician. Positive mannerisms, gestures and personal qualities in the mental level will lead the physician to an all time effective curative remedy and that should be the area to be concentrated by those who are playing with mental symptoms.