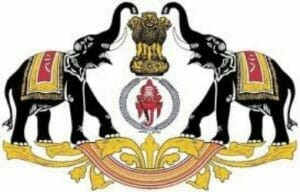 About 125 years ago Christian Missionaries brought homoeopathy to Kerala. Its popularity increased by the effective management of epidemic Cholera outbreak in South Travancore in 1920. In the year 1928 a resolution moved by Dr. M.N. Pillai in the Sree Moolam Assembly paved the way for the recognization of Homoeopathy as a system of medicine in India.

The T.C Act was extended to the Malabar area through Kerala Adaptation Rules 1956 when Kerala State was formed. The first democratic Ministry of the Kerala State headed by EM Sankaran Namboothiripad started a Homoeopathy Dispensary under the public sector at East Fort Thiruvananthapuram in the year 1958. The decision was taken by the allopathic doctor -health Minister Dr.A.R.Menon. This is the first Homoeopathy Dispensary under Govt. sector in India. The golden jubilee of this event was celebrated in 2008 .

In Kerala Homeopathic Education and the Department of Homeopathy (Homeo dispensaries & Hospitals) are separate sectors. Recruitment to these sectors has been conducting regularly through Kerala Public Service Commission Examinations.

Since then the department has made a steady progress in opening institutions throughout the state. At present there is 561 Govt. Homoeo dispensaries and 31 Homoeo Hospitals out of which 14 are district hospitals with a bed strength of 970. Steady progress was made in the field of rendering medical relief to the public through Homeo hospitals/ dispensaries by the department of Homeopathy and there is a wide demand from the public to open new Homeopathy hospitals and dispensaries in the state.

Opening of Rural Homoeo Dispensaries” is the major project, is being implemented under this Department. Other plan aches which are implemented under this Department are Directorate of Homoeopathy, Homoeopathy District Offices, Taluk Hospitals, Increasing bed strength in District and Taluk Hospitals, Providing Modern Equipments and other facilities in Hospitals. Unification of staff pattern in Hospitals and dispensaries, Strengthening of District Hospitals, Assistance to Kerala State Homoeopathic Co-Operative Pharmacy and Minor works.

The major Non-Plan Programme/Scheme is Hospitals and Dispensaries. Other non-plan schemes are Homoeopathy Directorate, District Medical Officers and Minor works.

Government  homeo dispensaries are working at Secretariat, District Jails and temporary  centers in religious places like Pamba, Shabarimala and also at Haj  camps.

Special Clinics
Special clinics like Diabetes clinic, Pain and palliative care, Counselling, Osteoarthrosis etc. are functioning in various dispensaries all over Kerala which has appreciated by Government

The Government Homeopathic Medical College Calicut was started in 1975-76, the first of its kind in  Asia for imparting degree courses in Homeopathy. Calicut College has the largest number of IPD & OPD patients in India with CCU, pain and palliative, isolation wards and well equipped physiotherapy unit.

There are at present 5 Homeopathic Medical Colleges in the state of which 2  are in the Government sector, 3 aided by Government. PG courses are only in Govt. Sector. Another new college will start at Calicut under Co-operative sector this year.

There are several opportunities to pursue the professional degree course in homeopathy (BHMS). The duration of this course is four-and-a-half years with 12 months’ compulsory rotating internship. Those who have passed higher secondary examination/Plus Two or equivalent with 50 per cent marks in biology separately, and 50 per cent marks in physics, chemistry and biology put together are eligible for admission. Selection is based on medical entrance examination. Final year Plus Two students can also appear for the entrance examination.

In Kerala, 250 seats are available for BHMS degree course. The following five homoeo medical colleges conduct the course. Each college has 50 seats.

4.Dr. Padiyar Memorial Homoeopathic Medical College, Chottanikkara P.O, Ernakulam.
From the year 1920 to 1978 the College was functioning in a building at Dr. Padiar’s Compound, Market Road in the heart of Kochi City. Later in 1979 the College was shifted to Chottanikkara

At present, Government Homeopathic Medical College charges tuition fees Rs. 2,087 only per year for the BHMS course. Selection is based on a medical entrance examination conducted by the State Government.

Admission to BHMS courses is usually through the State-level common medical entrance examinations. Students from outside States can seek admission to the management quota.

Postgraduate (MD) course of three years’ duration is available for those who have BHMS degree. For postgraduate course in homoeopathy, the areas of specialisation include Materia Medica, Organon of Medicine, Repertory, Pharmacy, Practice of Medicine and Homoeopathy Philosophy.

Central Council of Homoeopathy (CCH) has permitted the conduct of this course. Selection is on merit basis on the basis of an all-Indiacompetitive test. BHMS degree-holders can take the test. MD (Hom) has three specialisations — Medica, Organon of Medicine, Repertory. There are six seats in each specialized subject. This is a full-time residential and stipendiary course of three years duration.

There are job opportunities for qualified homoeopathic doctors in Government homoeopathic dispensaries and hospitals. Those who obtain higher qualifications can enter teaching and research fields. Private practice is also possible.

Govt. Homoeopathic Medical College Calicut
Govt. of Kerala decided to start homoeopathic medical colleges in the state for imparting homoeopathic medical colleges so as to produce qualified graduates and post graduates, and to extend the benefit for a cost effective system of treatment in all its spheres to the mass. Accordingly the first institution was started at Kozhikode in 1975 vide GO. Ms. No – 237/75/HD dated 8-10-1975 under the directorate of homoeopathy. Dr. K.S. Prakasam was appointed as the first principal. This college was inaugurated on 24-1-1976 and started functioning at the Govt.  homoeo hospital, Vellayil.

This college was bifurcated from the department of Homoeopathy vide G.O No. 286/80/HD dated 31-10-1980 and made as a separate department.

The college was shifted to the present location at Karaparamba in November 1976. Initially the preclinical classes were engaged at Medical college, Calicut. Later two blocks of Govt. District Hospital (Beach Hospital) was allotted for providing the facility to para-clinical and clinical departments. The Govt. Homoeo Hospital was shifted to the Beach Hospital buildings on 29-6-1979. The building of Govt. Homoeo Hospital at Vellayil was converted to Men’s Hostel.

Initially, 30 students were admitted to BHMS course which was later increased to 50. The BHMS (direct) degree course is extending over a period of 5 ½ years including 1 year internship.

This college has run the graded BHMS course of 2 ½ years duration for diploma holders in homoeopathy.

Admission to all these courses are done through entrance examinations conducted by the Commissioner of Entrance examinations , Govt. of Kerala. BHMS and MD(hom) degree courses in Materia Medica, Homoeopathic philosophy and Repertory are affiliated to the University of Calicut.

The HOMCO was registered as a Co-operative Society under Kerala Co-operative Societies Act on 11-07-1974 at Thiruvananthapuram and started functioning from 14-01-1975. The bonded laboratory of the pharmacy at Alappuzha was commissioned on 20-05-1978.

The Pharmacy is situated at Pathirappally by the side of NH 47, 5 Kms. from Alappuzha bus station and 6 Kms from Alappuzha Railway Station towards north and 90 Kms. South of Cochin International Airport (Nedumbassery) and 50 Kms. from Cochin Port.

Equality
In Kerala Allopathic, Ayurvedic and Homeopathic doctors are getting more or less same salary and allowances.

In the year 2004 Govt. has constituted Rapid Action Epidemic control cell- Homoeopathy (RAECH) for monitoring and coordinating Epidemic preventive activities in our state. For the past 5 years we were successful in contributing a remarkable role in prevention activities designed by Govt. of Kerala. Efficacy of Homoeopathic medicine in prevention of Epidemics was well established in the recent survey study made by our department in the epidemic of Chikungunya. RAECH has been organizing ROTP for Homoeopathic Doctors in compacting new epidemics. In short, our past experience in the prevention of Cholera, Gastroenteritis, Japanese encephalitis, Dengue, And Chikungunea is well appreciated by people, NGO’s, LSG’s and Govt. of Kerala.

DME
A separate Directorate of Medical Education (DME) for Homeopathy will function soon in Kerala. Funds are sanctioned by Kerala Government.

School health Programme
Kerala Government with the help of department of homeopathy  conducting school health programmes in all districts of Kerala for the mental and physical development of school children since last 4 years successfully. Each student have a Health card and undergoing detailed psychological and physical check up and follow up with homeopathic Medicines. This programme inspired other systems of medicine and they are also implementing similar programmes.

School health programme was started at St. Augustine school peringalam kottayam 2003-04. And as a pilot study in Govt. higher secondary school, Poothakkulam, Kollam in 2004- 05. The Department indebted to the then Health Secretary Mr. Bharath Bhooshan IAS for the realization of this programme.

Now it has been introduced in selected schools in all districts of our state. 2 schools in every district is been selected for the programme and the follow up study is been carried for another 2 years.