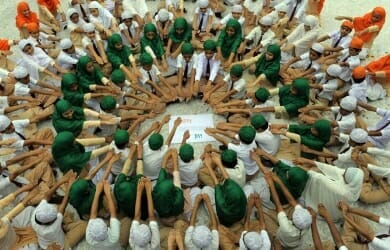 indiaRegistered practitioners, hospitals and education
Number registered homoeopathy practitioners has gone up to 246,772 from 239,285 in 2008. In 2007 it was 217,860). Compounded annual growth rate for the period 1993-2010 is 2-5%. Homoeopathic doctors contribute approximately 31.4% of total AYUSH doctors. As far as Government Hospitals are concerned, homoeopathic hospitals contribute close to 7.5% of total number of AYUSH hospitals. In respect to number of beds, Homoeopathy constitutes 15.4%. Whereas ayurveda hospitals constitute around 75% and number of beds constitute 71.5%. Homoeopathic CGHS dispensaries are 35, more than any other AYUSH system. Homoeopathic dispensaries under national institutes and research councils are 30, more than any other AYUSH system. Gujarat (6.7%), Karnataka (8.8%), Kerala (13.3%), MP (8.3%), Maharashtra (18.8%) and West Bengal (5.0%) contribute 60.9% of the total homoeopathy hospitals by state governments in India.

It is interesting to know that India has got 2102 homoeopaths per crore population. This figure is much lower than other systems. But among the AYUSH systems, homoeopathy has got highest number of admission for under-graduation with 12371 capacity of candidates. Though the capacity is more, we all know that there are many seats unfilled every year. One can hope that the new measures taken by the department of AYUSH by sending direction to CCH to act on poor institutes will effect in this respect.

Expenditure on homoeopathy
Department of AYUSH has invested Rs. 678.97 crore (actual expenditure of the department) in 2009-10. The provisional actual expenditure for 2010-11 is 844.53 crore. There is no differentiation between the systems in the expenditure. However, the expenditure of major institutes helps comparing the spending on homoeopathy with the counterpart institute of other systems. Government has spent 0.09 crores for CCH, whereas 0.34 crores for CCIM (Central Council for Indian Medicine – for all other systems). For Homoeopathic Pharmacopoeia Laboratory it has spent 0.9 crores, whereas for PLIM (Pharmacopoeia Laboratory for Indian Medicines) it has spent 1.76 crores.

Though the department can give more importance to homoeopathy in respect to hospitals and dispensaries, the expenditure on homoeopathic institutes show that homoeopathy is getting its due share of attention from the government.