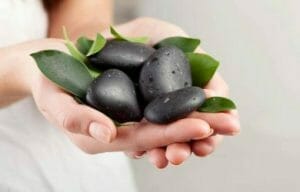 Some Comments on Homoeopathic drug Provings

Introduction
My aim in this presentation is not to present specific data about one or another substance, but rather to open a door to new possibilities which each and any of you can investigate if you so choose.

I will begin as always with the broad context, so the information presented may be situated inside a whole rather than as an isolated fragment.

The point of view of this context may be said to be theoretical or philosophical. I do not agree with this and will place it in the character of attitudinal. By attitude, I mean the basic stance which guards the gate, the entranceway through which incoming information is filtered.

I would like to propose that provings serve at least two fundamental functions in our system.

Basis for materia medica
Similimum cannot be established without a proving.

Now although this can be and is being debated I choose here to hold to the conservative view that a remedy can only be known with any degree of precision through the symptoms it produces in the organism.

The whole question revolves around the issue of relationship. Nothing exists alone in this world and in the final analysis the relationship between one thing and another is all that counts.

The Chinese understood this very well in their concepts of Yin and Yang, neither of which has any meaning without a relationship to the other I would like to examine the model of health proposed by George Vithoulkas having to do with the division of the organism into 3 different levels or ways of functioning. Mental, Emotional Physical. For me the question is not so much the evaluation of any of these as an isolated entity, but rather as an entity in relationship. Great development in one and relative underdevelopment of another is a state of imbalance, not health. We suffer in the West from just such a pathological imbalance between the mental and emotional levels of our functioning.

My proposition is that the existence of this imbalance be acknowledged and taken into account in our models of homeopathic education.

Thus I would like to make a case for the discipline of Direct Experience and indicate the place that provings can play in this search if they are structured in a certain way.

Categorization of Provings:
Hahnemannian ( Classical ), Modern Classical, Modified Classical, Toxicological, Trituration, Meditation, Seminar. The methodologies on which this classification is based are given.

Here we will focus on one category which I have called Trituation Provings.

The protocol for this is given in the handout. It is important to note that this one given was the one used for my initial provings and has been modified a number of times according to need and circumstance.

In this respect I am going to recommend an excellent book ʻThe Trituration Handbook ʻ by Hogeland and Schriebman.

What I wish to bring out here are the points for and against this particular approach.

Merits of trituration/small group
Given that we are searching for a way to bring a direct experience of the energies of the remedies into the lives of homeopaths, one of the prime requirements is that it is within the realm of possibility. In other words this process may be engaged in by a group of 4 or 5 people with great effectivenesss, requires little preparation, does not demand extended participation and brings relatively immediate and concrete results.

It is not possible to separate the proʼs from the conʼs as what I consider advatageous may well be considered disadvantageous by another. So I will ajust address certain points.

The fact that everyone is together in a room and can freely exchange their thoughts impressions and opinions.

One of the main objections which has been raised here is that participants will suggest phenomena to each other and thus what can be considered reliable and what is just suggestion.

Let me say here that I consider this possibility of mutual suggestion an asset, one which the process is designed to encourage rather than to minimize.

The basis for my reasoning around this ( and this reasoning has its base in both my own direct experience and in my theoretical viewpoint ) is that the human organism is an extremely sensitive receiving and tranmitting device. That is we are conductors or conduits of energies.

The idea that most of what takes place inside of us, in our thoughts and feelings actually originates there is for me just a little absurd, and just a symptom of the pathology of disconnection and alienation.

Not only conduits but also transformers in that certain energies enter us and are transformed into movements, images, words and so on. Now if a number of such receivers are gathered in one place the intensity of the experience will be magnified. Not only magnified numerically just by the number of receivers, but also one receiver vibrating at a certain frequency will resonate with another and as anyone who has sung in a choir knows, under this circumstance the sum of the parts is greater than the whole.

The issue here is one of trust – trust in the vital force, trust in an organizing intelligence, trust in the combined subsconscious reception of energies released by the process of trituration.

I feel it is important to add at this juncture that trust in this process is just one phase, one aspect of a process in which trust is the deterining attitude. Verification is another phase.

Untill the remedy picture has been clinically verified, has been demonstrated to be a similimum to some suffering, the results live in the realm of theory.

At this juncture I would like to introduce an experiment carried out quite some years ago by Roger Morrison, Nancy Herrick and myself. This arose out of an intense debate between us as to whether the proving master/mistress should know the substance being proved. The contention was that if this were the case, the proving was at risk of being unduly influenced by the possesor of this knowledge. To resolve this we designed a simple experiment which took place at a seminar in Mexico given jointly by the three of us and attended mostly by practitioners from Europe.

The participants were divided into three groups
Group 1 lead by RM who was the only one to know the substance and whose task it was to influence in any way he could the evolving symptom picture so that it would reflect known aspects of the substance which was a steroid – most likely prednisone.

Grp 3 lead by NH whose task was to simply be present and not exert any influence at all.

This all took place a long time ago and we did not record or preserve any of the details except those which stuck in our minds The first was that none of us was going to participate in a repeat of such an experiment The second was that we were mutually satisfied that knowledge of the substance could exert none or at least minimal influence on the process.

Additional Points to be covered