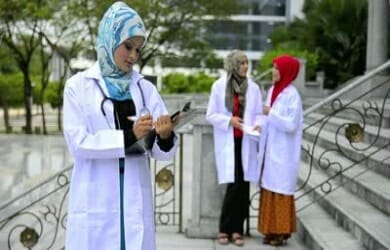 In order to make the doctors work in rural and far flung areas monthly remuneration has been raised to the Rs 55000/ with the central government initiative.

Joint Secretary department of AYUSH Govt. of India welcomed the guests and highlighted the achievements/functioning of the department . He said that every year health fairs are organised in various states to showcase the potential and the latest advancements in the traditional medicine sector and Homeopathy.

Speaking on the occasion Deputy Chief Minister, Tara Chand appreciated and thanked Union Minister Health Gulam Nabi Azad for considering Kathua district for organisnig the Arogya Mela which will benefit the people to a large extent. He said that free clinics and consultations for the public by eminent doctors of Ayush and free medicines will be provided to the people. He said that Union Government is providing liberal funding to the state for strengthening health infrastructure as a result of which several health centres have been established and upgraded across the state.

Minister of State for Health, Mr Shabir Ahmed khan while speaking on the occasion said that Aroyga mela is an effort the of department of AUYSH Govt. of India to promote the traditional system of medicine like Ayurveda, unani, Siddha, yoga and homeopathy and to showcase the latest developments in the field.

He disclosed that 398 health primary centre are providing treatment by the Indian system of medicine and allopathy, adding that Union Government has provided financial assistance for the construction and up gradation 322 Health centres and hospitals in the state.

He said that in order to make the doctors work in rural and far flung areas monthly remuneration has been raised to the Rs 55000/ with the central government initiative.

The Minister said that annual grants under NRHM to the state have been increased from Rs 232 crores to Rs 436 crore. He disclosed that a new scheme namely Rashtriya Bal Swasthya Karyakram(RBSK) will shortly be launched in the state under which the children upto age of 18 will be screened and treated free of cost .[Source]