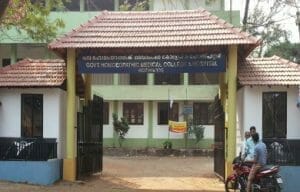 Steps to acquire the 15-acre land identified for a new research block for the Government Homoeopathy Medical College in Kozhikode will be speeded up, Kerala Health Minister V.S. Sivakumar has said.

Speaking after inaugurating a new Physiology and Biochemistry Lab at the Government Homoeopathy Medical College here on Sunday, Mr. Sivakumar said the State government was planning to lay the foundation stone for the new block shortly.

“A meeting of the higher officials in the department would be convened in the coming days to expedite the proceedings,” he said.

The project, according to him, had already received the administrative sanction. “Only the technical sanction is awaited now,” he said.

42 panchayats
The Minister, who maintained that homoeopathy dispensaries would be set up in 42 more panchayats in the State by next year, said such dispensaries had been started in as many as 110 panchayats during the last two years. “The State government has also created 440 new posts in the sector as part of this,” he said.

A new ENT treatment unit as well as a project to control various lifestyle diseases among the people was also inaugurated on the occasion.

Mr. Sivakumar said the government had decided to tap maximum potential of the homoeopathy medicine to check the spread of lifestyle diseases in the society.

The Health Minister said the Sukritham scheme planned by the State government to ensure free treatment for all the cancer patients in the State was expected to be launched in the first week of October.